Democracy is an issue extolled by governments, scholars and the media as a simple truth. They all claim to rule or uphold and protect the democratic values, but what those values may or not be hit concepts essentially ignored in most of Europe.

Democracy is usually confused with voting, polls, ballots, elections and all the paraphernalia involved in the process of votes added to certain personal liberties such as the free right to move from different places, the freedom of speech or the right of contractual agreements, commerce and so on. But alas, these are personal liberties, and nothing is ever mentioned about collective liberties. Collective liberties come out from having the right of electing your representatives. Even so, freedom of speech is seriously jeopardised by political correctness: a tight leash over what we say at home or we really think and what we have to express publicly. A real shame.

Few know that democracy is merely a tool for governing the people, and this tool consists of a simple set of rules. Move one only rule, and we would be talking of something else, but not a democracy. Those rules concern two main features:  the representation of the people in the legislative power and the requirements of the separation of powers in perpetual tension between themselves.

The rules that govern how to select the representatives in the parliament constitute the first step to democracy. Pious paternalistic attitudes and political correctness do not condition the engine that drives democracy. The fuel of selfishness powers democracy.

The second step to democracy comes from another set of rules: the ones that govern not only the separation between the executive and legislative powers but guarantees the confrontation between them in perpetual tension. The stronger the strain is kept between the executive and legislative powers the more peacefully the citizens can sleep minding for their own business and daily life. Once we have someone who cares for us setting new laws or amendments as if we were present in the Congress legislating there comes the time to approach the issue of separation of powers. Representation and separation of powers (in constant tension) are the only issues concerning whether a system is democratic or not.

If you come across statements in the media such as we are regenerating democracy or we are improving democracy, that is an unmistakable sign that you do not live in a democracy. Governing systems cannot be more or less democratic just in the same way that one football math cannot be more or less football. In the same way that football has its own set of rules and the game is played according to those rules (or it would not be football) democracy has its set of rules, or it is not a democracy. Change one rule, and you also have to change the name but do not call it democracy.

Then, if democracy is a set of rules, what is politics? Following our model of football, politics is the match that you play according to those rules. The tension between executive and legislative gives the laws, and the referee is the judicial power in the game of democracy. So, the referee has no political power because it has nothing to do with the laws that are given to them by the legislative power.  After the perpetual tension between the legislative and executive powers the judicial power is the first and most crucial filter watching with eye hawk if everyone acts within the limits of the laws that the legislative power enacted.

This is democracy in a nutshell. The media has been called the fourth power, and their role is to report the match that is played in politics and within each of the other forces. Within a democracy, the media plays such an important role that Jefferson stated that he would rather have a free press than a democracy,

As for the inference that political powers may have or not in the daily life of the people, I could not agree more with Mr Thomas Paine: “Great part of that order which reigns among mankind is not the effect of government.”

The more a system is autocratic, the more public life smudges with private life. 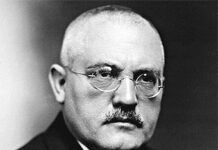 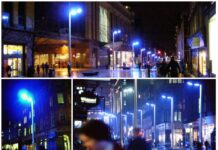