Leer en Español
OK, so at a Pentagon ceremony last Friday, President Trump announced executive actions calling for a “significant rebuilding” of the U.S. military and a more stringent vetting process for refugees. “We don’t want them here,” Mr Trump said of Islamic terrorists during a signing ceremony at the Pentagon. “We want to ensure that we are not admitting into our country the real threats our soldiers are fighting overseas. We only want to admit those into our country who will support our country, and love our people deeply.”

Here again, this has nothing to do with populism. It has more to do with common sense and trying to protect the people of America first. It has more to do with a leader telling the ugly unburnished truth to the people; something that perhaps has never happened since the times of the Renaissance. By blowing up political correctness, Trump undoubtedly is bringing new fresh air against the old dishonest stagnant establishment policy. Trump is in tune with the intense working-class feelings about how Americans have been forgotten in social aids because of positive racism, about America’s carnage abroad while disregarding the needs of their people, about putting migrants before everyone, about how the people cannot speak their minds freely. Political correctness brings you to Orwell’s 1984, a novel that depicts a dystopic society without free speech and free thinking in which you wouldn’t dare to express yourself even in the intimacy of your home.

In our real world, the inquisitors are out there lurking in the streets, at work, in the bank, in your club. You’ve got to be careful with what you say or even think. You have reasons to be genuinely afraid to express out any politically incorrect rhetoric in public because you may be even sued. The sense of protection the leaders in Europe have adamantly denied to their citizens against the massive Islamic shift of population because there is a difference between accepting a community and been taken over and becoming a minority in your country. The reasons for the clash between Trump´s executive decisions and the establishment’s ways can be regarded in terms of the social-democracy impregnation, which Obama so swiftly followed and Trump so firmly rejects.

The total collapse of the Soviet Union epitomised by the fall of the Wall or Berlin brought about the absolute emotional sense of loss straight out from the flagship programme in the socialist experiment. But socialists are intelligent people in the use of propaganda and during forty years have been using the mass media, every single day, to preach a new religion without god to the eastern countries. Apparently, nobody could deny that the new religion suggested compassion, support, generosity or fellowship among the people of this world. And nobody can deny that those are good ethical universal cultural values, but corrupt machinations were underlying in the dark in the politically correct business. Lenin was taken aback in his Swiss comfortable retirement during WWI eagerly expecting that the German and British soldiers would not shoot at each other because of their Common Workers of the World Unite cause in the Communist Manifesto. When brutal reality showed out, that was the keystone to fall which would end up in the collapse of the Wall of Berlin. But the idea underlying in Lenin´s mind was globalisation including a central government in control. Curiously, the very same idea Islam has for a united world califate. Unfortunately for the free world, globalisation is the common factor here.

When Trump promised that the middle-class people of America would not be forgotten anymore, he was thinking of keeping his word. His straight to the point executive orders match the reasons why those very same people put him in office, and Trump has barred the entry into the United States for 90 days from seven predominantly Muslim countries linked to concerns about terrorism. Those countries are Iraq, Syria, Iran, Sudan, Libya, Somalia and Yemen. Trump also announced a significant rebuilding of the army services of the United States: new ships, new planes.

But the arena will have two ruthless battlegrounds in different domains. Firstly, the military sphere and secondly the propagandist one. Globalisation agents and the establishment are in league controlling the power of the press with an unlimited budget, leftist or Muslim associations or directly leftist or Muslim-financed charities, lawyers, firms, etc. All of them have the means to fight back Trump, which epitomises the anti correctness of the liberal politically correct junk. As an example, Spanish media only report demonstrations against Trump and I see the same in The New York Times. As Trump put it, journalists are very dishonest people. It the left wins, the lack of liberty will be guaranteed, It Trump wins, the world will change for the better. 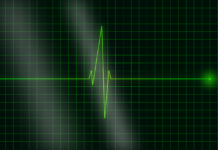 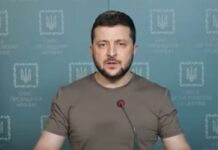 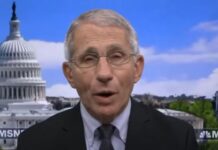