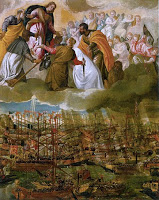 The fall of Constantinople in 1453 would
have never happened if the leaders in Europe had been wiser, less
botched and greedy with their petty inner struggles. With Constantinople
in their power, the Ottomans had now two free access unlocked to invade
Europe: one through the Mediterranean and the other along the Balkans
to Vienna and then, the rest of Europe.

On 7 October 1571, the naval battle of
Lepanto cleaned the Mediterranean sea from Ottoman corsairs, which so
much terror and suffering had caused throughout Europe by constant
slaughtering, plundering and preying mercilessly in the chase of booty
and Christian slaves. But the objective underlying was much more
aggressive regarding warfare. By disrupting maritime communications,
they sealed any possibility of commerce in the Mediterranean coasts and
at sea. Severe famine and widespread poverty meant a high death rate to
the terrorised Europeans with a Mediterranean trade so brutally
disrupted.

The retaliation to so much terror came from the Pope Pius V and the Spanish King Felipe II, who sent his brother Juan de Austria, commanding a coalition of European Catholic maritime states. Mostly financed by the Spanish Empire. The battle of Lepanto decisively
defeated the fleet of the Ottoman Empire for good and meant a gasp of
fresh air for Christianity in Europe. The way of Islam conquering
Europe; this time from the Mediterranean Sea, had been locked again.
Only the Balkans remained as an open gate for the Ottomans entering
Europe. The only opportunity left for the Islamic troops conquering
Europe remained now from Istambul through the Carpathians to Viena. 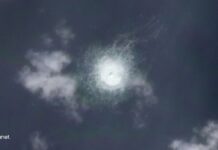 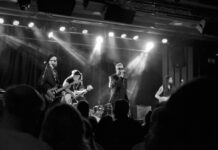