The media show us isolated trees every day, but no one dares to present the forest. And the forest that I glimpse seeing the trees offers a terrifying panorama.

The first tree: after a time of financial boom a frightening crisis pops up leaving the Spaniards on the dole, with all their members unemployed, and in utter misery. Banks stopped credit and companies, which relied on credit to operate, fell into an unstoppable domino effect. To this, the unions sharpened their fangs and pulled out the slice. In a nutshell, they feathered their nests. It was a time of high members of trade unions for barricades and having seafood meals at good restaurants after demonstrations on the worker’s pockets. Of course, the first tree was strong, sturdy and thick. There would be no time to knock him down.

Second tree: In my opinion, it is clear that our crisis was not a single disaster: it was the global crisis added to the mess that President Zapatero set us on. Thank you, Mr Zapatero. But the media unfairly presented everything within the same package, the global one. This kind of global crisis is what we were told everywhere.

Third tree: then, the Spaniards are told that everything is our fault, that we have spent above our possibilities. So, we had to take up our little play and stay silent. Remember that in a partitocracy citizens do not have any representation. The endemic fatal illness in Europe except for UK, Sweeden and France.

Fourth tree: the people gently and humbly put up with everything and continued to believe that they were in a democracy. The most they came to protest was that “look how they are all the same”, “look at the crooks” and blah, blah, blah and other things that were dedicated to politicians.

Fifth tree: there were the families and the pensions of the grandparents, who had made their nest egg. Other non-Spanish collectives had no problems. They continued receiving all kinds of social aid. For the Spaniards, it was the relatives´responsibility to exercise such aid. The left was perching with hawk´s eyes and the NGOs with their political correctness to rescue anyone except any neighbour in need, in case he was unfortunate enough to be Spanish.

Sixth tree: the savings of the grandparents had been stolen from their savings by banks with primes exchange risk and other financial products that this kleptocratic system had prepared for us. The grandparents did not realise it until, during the crisis, they needed to draw their money out to help their children, grandchildren, etc. after a lifetime of toil and work. Bankers were rewarded with happy early retirements,

Seventh tree: they put up a system, which made the Spaniards go homeless by the thousands, and innumerable flats became empty. The Spaniards go to empty handed to the desolate street or had to be collected by relatives. The charity support remained for non-Spanish.

Eighth tree: a wild left appeared. Bullying against right-wing politicians (as if only they were responsible when the left had much more to blame) become every-day tune. The aggressiveness, The horror of evictions and their victims. The most organised sit-ins and camping in Sol square, the promotion by the media of extreme-left activists, with cutting edge computers, mobile phones and tablets. And all this horror becomes into a new left extremist populist political party as if we did not have enough with the existing ones. That party picked up Obama´s “Yes we can” and is named Podemos.

Ninth tree: with the rise of populism and lies impelling a sinister character in all media. Their only objective is to win the civil war that, he says, lost their grandparents because they were not born and to obtain money and power. The rabble is told what he wants to hear and he votes you. 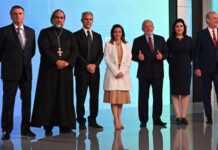 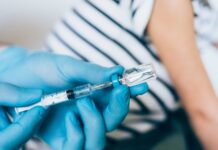